It's been one year to this day since we lost our dear friend. You had to know Ray Harrington on a personal level to understand the kind of man he was. On the surface, he was all business, fiercely committed to what he did as founder and president of Harrington Mold and California Pony Cars (CPC). He was intense — his mind was always at work. Ever cautious, imaginative, and methodical, Ray was a perfectionist about everything he did — and he did it all quietly and without fanfare.  Yet, in our midst was the genius most never knew. Most knew Ray for the products his company produced that we use in our daily lives and take for granted. But, we can tell you we never took Ray for granted. Those fortunate enough to work with Ray knew him as a great teacher, mentor and friend. 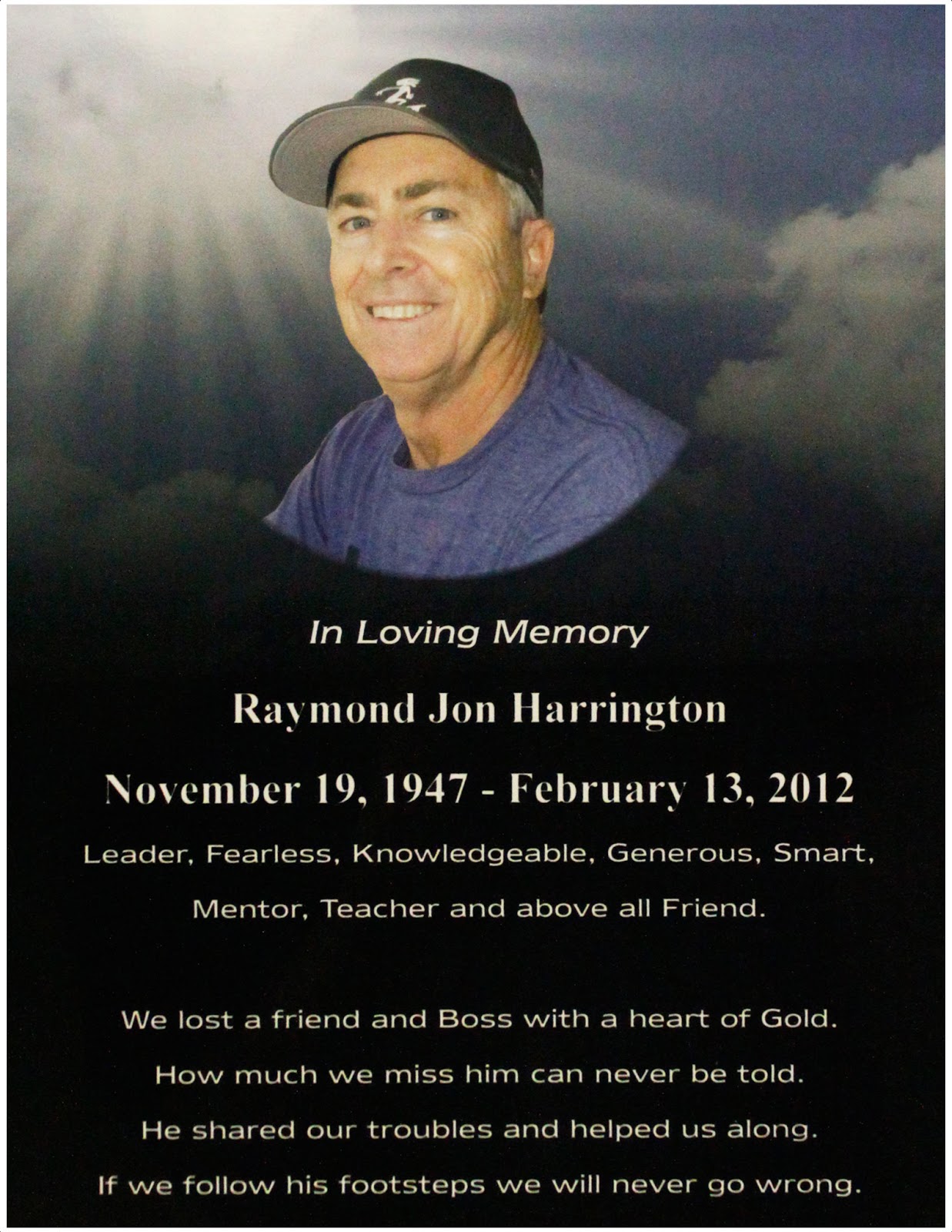 Born November 19, 1947 in Ontario, California, Ray grew up a Southern California boy graduating from Chaffey High School in 1965 when baby boomers were coming of age and Ford’s sporty new Mustang was rolling into showrooms everywhere. Although Ray was taken with the new Mustang, his first love in those days when he was in college was mold making. He gained experience  in several mold making shops in the Inland Empire for many years as a seasoned journeyman before founding Harrington Mold in 1976. Once Ray founded his own mold making company, there would be no holding back. Only his imagination could limit the possibilities. He took his passion and turned it into rocket fuel, building a very successful mold making operation in Southern California’s Inland Empire.


Because Ray also possessed an obsession for classic automobiles, designing and producing reproduction Mustang parts became a natural extension of his Harrington Mold operation.  Ray’s  first reproduction Mustang part was the standard ’64 ½-’66 outside rearview mirror. He answered the call for a durable reproduction mirror that wouldn’t fall apart. Enthusiasts snapped them up in great numbers. With this success came the vision to produce a vast array of reproduction parts. His next undertaking was the ’65 Mustang gas cap followed by an extensive line of very successful reproduction parts that continues to this day. Over the years, CPC’s product line has expanded to classic and late model Mustang parts and accessories including an unbeatable retro wheel line.
On a personal level, Ray was a health and exercise enthusiast.  He was always reading books on proper diet and exercise and he worked out and ran several times a week.  Ray participated in several competitive races, including the La Jolla Half Marathon in 2004, 2005 and 2010 and the Claremont Village Freedom 5000 in 2001.  Ray was looking forward to running in the 2012 La Jolla Half Marathon.  He was very committed to living a healthy lifestyle and stressed to those he cared about to do the same. The fact that Ray Harrington, the picture of health, fitness, and vision lost his life to apparent heart failure shows us just how fragile and precious life really is. We can talk about how much Ray will be missed, but that’s an unspoken for anyone who had the good fortune of knowing him.