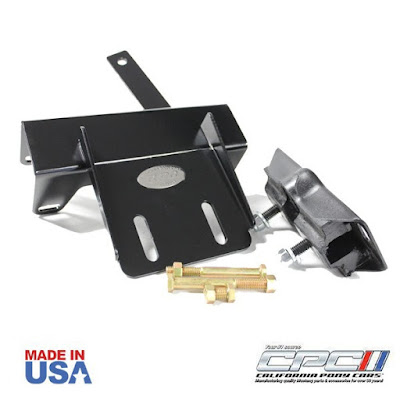 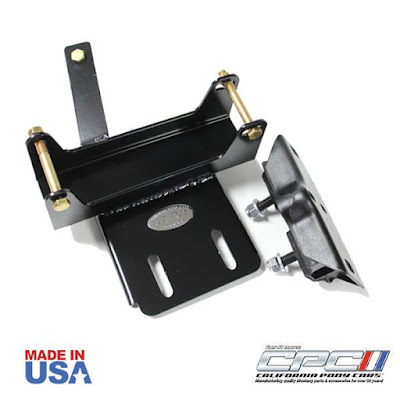 This kit utilizes the factory bolt hole locations, while still allowing easy access for removal of the trans pan. It is applicable for both V6 and V8 engines. You can use for the T-5 Transmission conversion with minor modifications and is also used for Trans mount insulator rubber.
Included:
- Powder coated Crossmember Bar w/ grade 8 hardware.


-Trans mount Insulator w/ hardware.
- This kit insures no modification to unibody and its direct fit.

This product is proudly manufactured in the U.S.A with a limited lifetime warranty.